Looking for awesome reviews? Tremendous excitement as Terminal Conflict is featured by the exceptional Wargamer.

"Terminal Conflict is a good game and I would be remiss to say otherwise." - Wargamer 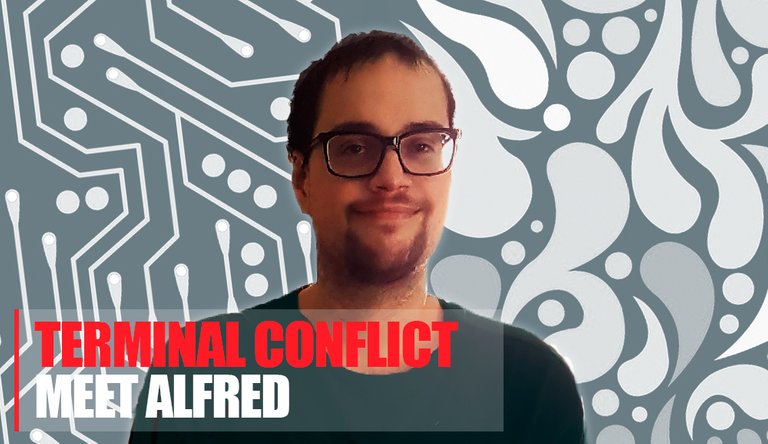 About two years ago, I was invited to a meeting on Cold War storytelling. The team was trying to figure out how to make a plethora of 'rock, paper, scissors' type of match ups between the USA and USSR. While functionally it worked, I expressed that it didn't feel right, distracting the gamer from all the other theaters of play. Based on the discussions and this feedback we began a redesign that would ultimately change the direction and allowed for the successful mix that makes Terminal Conflict shine for players decision making. My name is Alfred 'Zeress' Frendo-Cumbo and I am a Software Developer for 'Terminal Conflict'.

I myself went to college for something completely unrelated to game development, namely Chemical Laboratory Technician. While I was in college I meet 'The Donald' where he introduced me to Paradox games. From there I got my introduction into modding with Crusader Kings II. I continued to tweak and adjust things from this basis, getting more ambitious and experienced. Eventually this would lead me to work with Martin ‘Wiz’ Anward on his large overhaul mod, CK2+.

When Wiz left to join Paradox proper, he left our team to continue his legacy of improving the narrative and gameplay aspects that we found lacking in CK2. Aspects like modelling the transition of a more unified Christendom to Orthodoxy and Catholicism, expanding trade routes and more. Eventually I would pick up the leadership of the project and we were recognized by Paradox with “The Royal Award for Outstanding Modding Achievement in CK2” due to our contributions to the community. Paradox then invited me to volunteer on their more internal testing. While I cannot go into detail of the specifics of that, it was a great learning experience and allowed me to network with other like-minded people in the community.

I've come a long way from being a modder with Paradox alone and from all that I eventually retired from modding in early 2018 but not before having met Gellert Keresztes. I had worked with him prior on East vs. West as a volunteer but this was my opportunity to do much more than just that. I started out as a QA Analyst, doing things like code testing as well as offering insights into how the game feels. From there I would eventually get folded into the team proper as a Software Developer.

Something some people likely don't know is what exactly is QA? Well it stands for Quality Assurance and a lot of it has to do with making sure things not only work well, but also feel right. For example, in early developments of the Chinese Civil War decision, chains were set out to be much different. They would have the right flavor and the right bonuses but would not feel fluent enough or would not tie up loose ends well enough. This is where QA has an essential role to play.

Bringing back the Cold War

Now-a-days I do a healthy mix of both Soft coding, design as well as QA. In a lot of ways this is similar to my work on CK2+. For example, I designed and implemented the key decisions that involve the Plan of Partition in the Middle East. Those that involve the steps to the potential recognition of Israeli statehood, as well as the role the USSR and USA play in that. This started with identifying a grand meaning of what the Plan of Partition itself is about, from a historical point of reference. By gaining a deeper understanding, we can design elements that give the player meaningful choices. For example, as the USA you may choose to not support Israel but certain movements at home will not appreciate this. This may even cause problems for the USA, if not handled properly. Managing the interests of various opposing interest groups not only makes it plausible but a core part of the game. 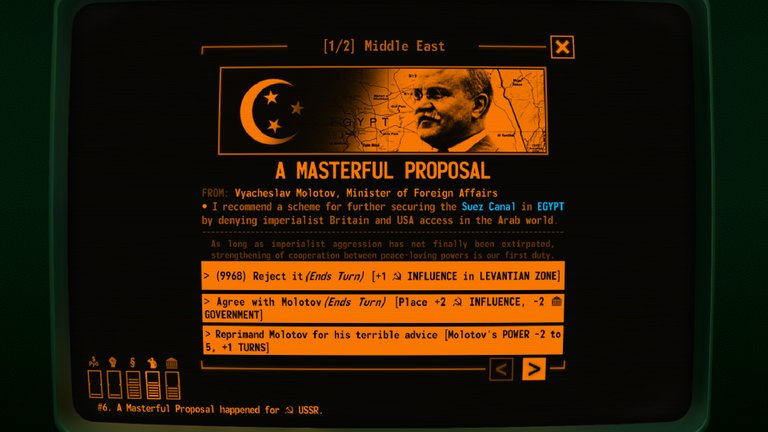 It has been an interesting and rewarding experience the last few years. I look forward to continuing to provide earnest work to the game so that others may enjoy it to its full potential. Feel free to write me any questions or thoughts and I look forward to seeing you in our War Room Discord or on the Steam Forums!

Tuning in with the brilliant Simon Donovan 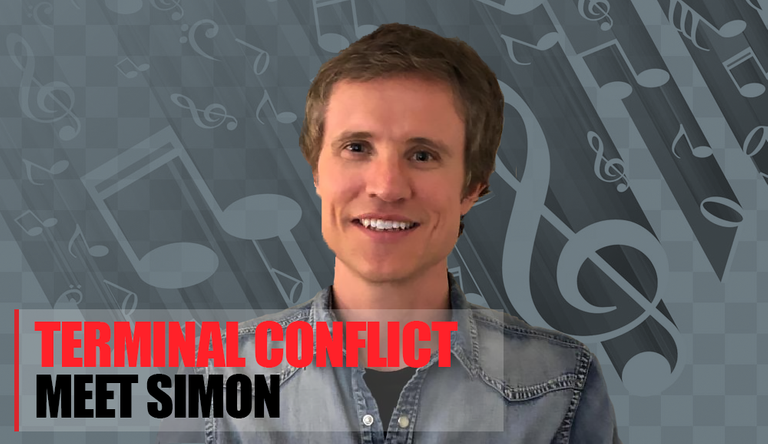 Hi there Terminal Conflict fans! My name is Simon J Donovan and I am one of two Music Composer's working with Strategy Mill. I joined the team to give life, musically, to some of the world leaders in the game.

Make it your own

Thomas Edison has said that "Genius is 1% inspiration and 99% perspiration". I think this quote very much applies to music composing. I have started tons of pieces that I couldn't finish, but looking back at them I found that I was trying new ideas/orchestrations/devices that I hadn't tried yet. This is a really important and often very frustrating part of the whole process during your formative years, but stick with it. You're assimilating everything you have listened to, everything you have been influenced by and trying to make it your own.

My passion for music

I was born in Dublin, Ireland and currently reside in the Bay Area, California. My passion for music started when my Dad introduced me to the guitar at a young age and all the great movie & TV themes of the 80's, from Star Wars to Star Trek, from The A-Team to Knight Rider. Further musical exploration ensued when I started to listen to the great Classical Music composers. It revealed to me the power of the orchestra and it's living & breathing ability to express so many different emotions. Some of my favourites, were Tchaikovsky, Dvorak, Vaughan Williams & Aaron Copland. A few years later my exploration of the guitar continued when I started playing in friends' bands, steeping myself in Rock, Progressive Rock & Metal. I had the music of Guns n' Roses, Soundgarden, Nirvana, Metallica, Steve Vai & Joe Satriani on full blast!

I also have a background in Computer Science and I am fascinated by the interactive side of music in games and the different implementation techniques.There is a definite resemblance between the logical and iterative processes needed to code and to create an audio experience.

Being a part of the team at Strategy Mill has been a tremendous experience. It has given me some great insight into the extraordinarily talented individuals & dedication that goes into creating a video game and the exhaustive array of skills that are needed to make it all happen. This opportunity has not only given me the chance to recreate parts of some of the great national anthems that have been written throughout history, but also explore some world music, from the percussive drums & tribal chanting of Africa to the soulful red hot Latin beats of South America.

Let me give you some examples directly from the game:

I look forward to hear what you, think of the audio of Terminal Conflict!